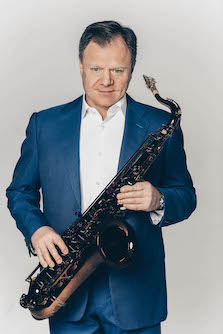 Fostering cross-cultural communication between the United States and Russia through the language of music and the deeply democratic art-form of jazz, Igor Butman meets Randy Brecker to form a versatile and truly virtuosic sextet.

Jazz trumpeter and composer Randy Brecker has helped shape the sound of jazz,
R&B and rock for over five decades with a history as varied as it is distinguished.
His versatility has made him a popular studio musician. Randy Brecker' trumpet
and flugelhorn performances have graced hundreds of albums by a wide range of
artists from James Taylor, Bruce Springsteen and Parliament/Funkadelic to Frank
Sinatra, Steely Dan, Jaco Pastorius and Frank Zappa.