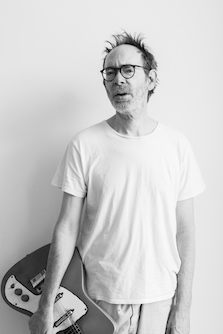 Arto Lindsay (b. 1953) has stood at the intersection of music and art for more than four decades. His brand new album Cuidado Madame will be released in April 2017. In co-operation with PONDEROSA MUSIC & ART / ITALY.

As a member of DNA, Arto Lindsay contributed to the foundation of No Wave. As bandleader for the Ambitious Lovers he developed an intensely subversive pop music,a hybrid of American and Brazilian styles.. Throughout his career, Lindsay has collaborated with both visual and musical artists, including Vito Acconci, Laurie Anderson, Animal Collective, Matthew Barney, Caetano Veloso and Rirkrit Tiravanija.Having been involved with carnaval in Brazil for many years in 2004 he began making parades.